黛比·米尔曼is host of the award-winning podcast Design Matters, the world’s first podcast on design; Chair of the first ever Masters in Branding Program at the School of Visual Arts, Editorial Director of Print magazine, President Emeritus of AIGA, and the author of six books on design and branding. She has worked on the design and strategy of over 200 of the world’s largest brands.

Charles Renfro joined Diller Scofidio + Renfro (DS+R) in 1997 and became a partner in 2004. Charles led the design for a number of projects including the Institute of Contemporary Art in Boston and Zaryadye Park, a 35-acre park adjacent to the Kremlin in Moscow. Charles has also led a number of academic projects at Stanford University, UC Berkeley, and Brown University, and is currently designing new facilities for Columbia University, the University of Chicago, and the University of Toronto. He is also currently leading the renovation of Dallas's Kalita Humphreys Theater - Frank Lloyd Wright's only built free-standing theater. Abroad, Charles is leading the design of the Museum of Image and Sound in Rio de Janeiro, and the Tianjin Juilliard School in China. He is a faculty member of the School of Visual Arts.

Toshiko Mori, FAIA is the founding principal of Toshiko Mori Architect PLLC, and the Robert P. Hubbard Professor in the Practice of Architecture at the Harvard University Graduate School of Design, where she served as chair of the Department of Architecture from 2002 to 2008. She was inducted to the Academy of Arts and Letters in 2020 and has been a fellow of the American Academy of Arts and Sciences since 2016.Mori’s recent awards and honors include the Tau Sigma Delta National Honor Society Gold Medal in 2016; Architectural Record’s Women in Design Leader Award in 2019; and the AIA / ASCA Topaz Medallion for Excellence in Architectural Education in 2019.

Ms. Grant is also the current President of the San Francisco Chapter of the National Organization of Minority Architects (SFNOMA).

Kelly Wearstler, founder and principal of Kelly Wearstler design studio, is an American designer creating multi-faceted, experiential residential, hospitality, commercial and retail environments as well as expansive collections of lifestyle product designs and brand collaborations. With the demonstration of provocative concepts and expressive narratives signature to her extensive body of work, Wearstler is internationally recognized with distinctive design awards and numerous publications. A multi-layered, stimulating sensory experience is at the center of Wearstler’s design approach. Through an exploration of materiality, color, forms and an intuitive juxtaposition of contemporary and vintage, architectural and organic, graphic and instinctual, she curates a wealth of experiences into every space. Wearstler believes that honoring history, location and architecture is imperative to pushing the boundaries and challenging the rules.

小翼李是一个室内设计获奖ner with over 15 years of experience in cultural, commercial and residential projects. Her sharp eye for color, texture and materiality along with her thoughtful and narrative-driven approach brought her to work with some of the most renowned and inventive design firms, including SOM, Rockwell Group, Ralph Appelbaum Associates, APPARATUS and Ace Hotel Group/Atelier Ace – where she currently holds the position of Design Director. In 2019, she started her own interior design practice, Studio & Projects. She also publicly launched Black Folks in Design (@blackfolksindesign), an organization whose mission is to bring awareness to and promote the cultural contributions, excellence, and importance of Black designers. Prior to her career in design, Little Wing worked in documentary television and film contributing to several Oscar and Emmy nominated projects.

Thom Mayne founded Morphosis in 1972 as a collective practice of architecture, urbanism and design, rooted in rigorous research and innovation. Morphosis is recognized for its innovative and sustainable designs for cultural, civic and academic institutions, including the Bloomberg Center at Cornell Tech, the Perot Museum of Nature and Science, and 41 Cooper Square, the academic building for The Cooper Union. In addition, Mayne helped to establish the Southern California Institute of Architecture (SCI-Arc) in 1972. He has held teaching positions at Columbia, Yale (the Eliel Saarinen Chair in 1991), the Harvard Graduate School of Design (Eliot Noyes Chair in 1998), the Berlage Institute in the Netherlands, the Bartlett School of Architecture in London, and many other institutions around the world. He was also a tenured Professor at the University of California Los Angele Architecture and Urban Design (UCLA A.UD) from 1993 – 2019. Mayne’s distinguished honors include the Pritzker Prize (2005) and the AIA Gold Medal (2013), as well as 29 Progressive Architecture Awards, over 120 American Institute of Architecture Awards and numerous other design recognitions.

回到al qasimi.is President and Director of Sharjah Art Foundation. Her recent curatorial projects include solo exhibitions of the works of Amal Kenawy (2018), Hassan Sharif (2017), Yayoi Kusama (2016), Robert Breer (2016), Farideh Lashai (2016), Rasheed Araeen (2014) and Susan Hefuna (2014). She was co-curator for Joana Hadjithomas and Khalil Joreige: Two Suns in a Sunset (2016) and major surveys such as When Art Becomes Liberty: The Egyptian Surrealists (1938–1965) (2016) and The Khartoum School: The Making of the Modern Art Movement in Sudan (1945–Present) (2016–2017). Co-curator of Sharjah Biennial 6 (2003), she has since continued as Biennial Director. She curated the UAE National Pavilion, Venice Biennale (2015) and the second Lahore Biennale (2020). President of the International Biennial Association; Chair of the Board, Sharjah Architecture Triennial; Chair of the Advisory Board, College of Fine Arts and Design, University of Sharjah; and President of The Africa Institute, Sharjah, Al Qasimi serves on the Board of Directors for MoMA PS1, New York; Kunst-Werke Berlin e. V.; and Ashkal Alwan, Beirut as well as advisory boards for Khoj, New Delhi and Darat al Funun, Amman. She is also a member of the Prince Claus Award Committee (2016–present).

罗伊金is the Principal of the New York office of Eight, Inc., an experience design company that is perhaps most famous for its work with Steve Jobs for Apple's retail program. Additionally, he is the founder of Roy Kim Design, which provides services in design and real estate consultation. Prior to both ventures, Roy was the Chief Creative Officer for Douglas Elliman New Development, where he was responsible for the design, development, and marketing of innovative multi-family dwellings. His work has been seen in Interior Design Magazine and the New York Times, as well as in the documentary 'Super Skyscrapers: the Billionaires' Building'.

Architect and urban designer Kathryn Firth is a partner in FPdesign. Prior to this she was Director of Urban Design at NBBJ. From 2011-14, she was the Chief of Design at the London Legacy Development Corporation. She has led master planning and urban regeneration projects that range from those in sensitive heritage contexts to regeneration projects on former industrial sites. Firth also taught in the Cities Programme at the London School of Economics, and over the past three years she has been teaching urban planning and design at Harvard’s Graduate School of Design.

杰克巴顿is Principal and Founder of Local Projects, a media and physical design firm that creates groundbreaking experiences. Credits include landmark projects like the 9/11 Memorial Museum, the Cooper-Hewitt Smithsonian Design Museum, and the Cleveland Museum of Art. Local Projects has won every major award including the National Design Awards and Cannes Lions. Jake's TED talk has nearly one million views, and he is on Fast Company Magazine’s list of top fifty designers. 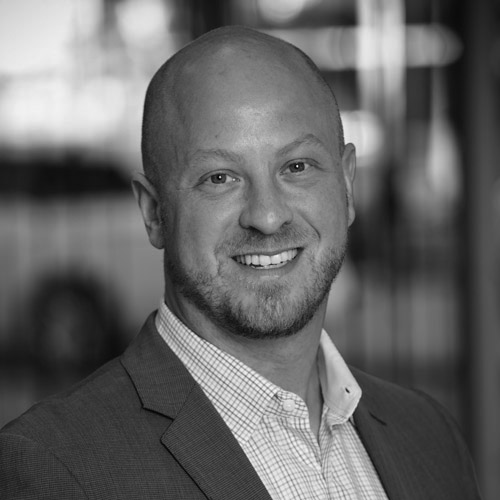